All you need to know about Indian Wedding Photography

Indian wedding photography is all about capturing the details, candid moments which will be treasured forever. It is not just about couples and their families, but the beauty is in those rare, candid moments which take place during the fun rituals. After-all, big Indian weddings are incomplete without the masti dhoom and dhadaka. Indian weddings are very elaborate. Be it Sikh weddings or Christian, they all have pre-wedding rituals, the wedding rituals and post-wedding rituals as well. Indian Wedding photography is also about documenting the nuances of the different Indian Wedding ceremonies, which are in the form of a diverse set of rituals and customs. From Haldi ceremony in Hindu weddings to Manjha in Muslim weddings, the rituals may differ, but the fun and laughter one will experience are absolutely same. With too many things happening simultaneously, this is another reason why Indian wedding photographers are on their toes all the time. Indian Wedding Photography is challenging, but this obstacle can be turned into an opportunity if you are familiar with the customs and rituals. Our blog will give you a clear picture of what to expect and be aware of. Different types of Indian Weddings – From the ring ceremony to the garland exchange, we take you through the essential rituals that sanctify these different types of marriage. 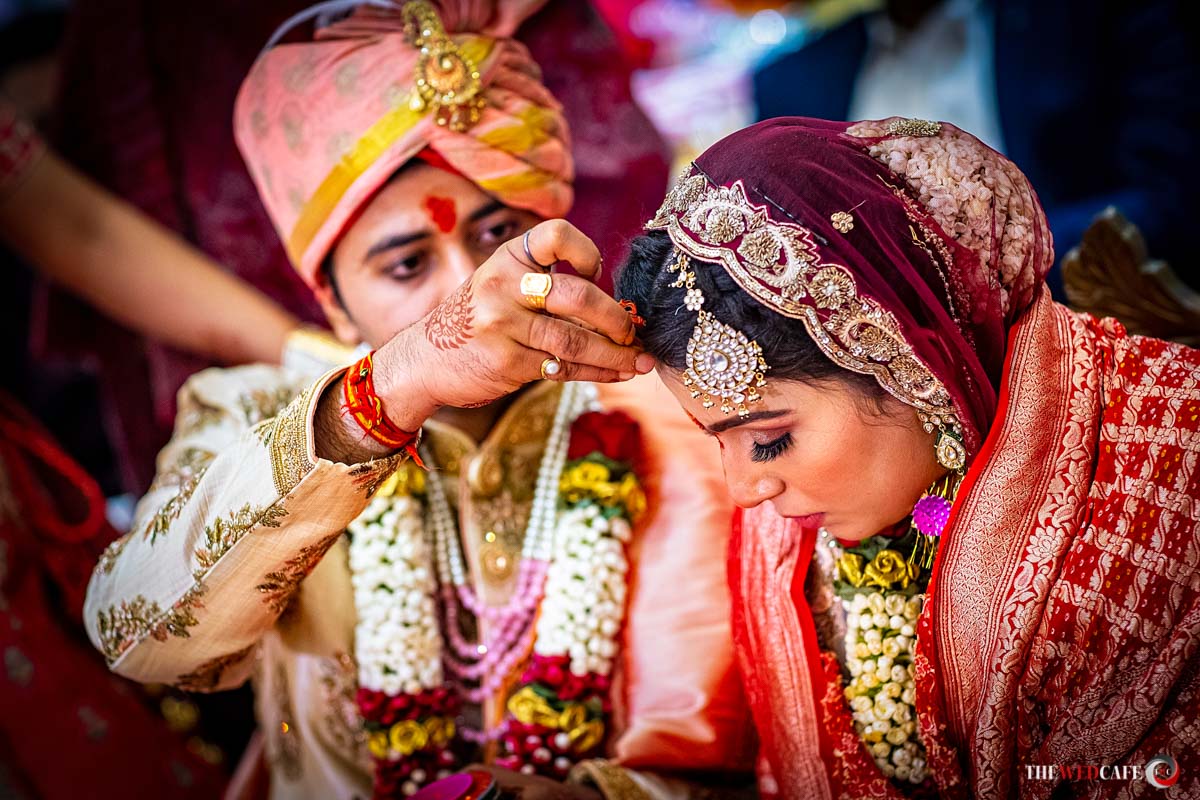 The customs and rituals associated with Hindu marriages vary considerably for different regions and caste. Still, there are a few rituals that are common to most Hindu marriages. The engagement ceremony is known by many names – Sagai in Haryana, Roka in Punjab or Tilak among Marwaris. Generally, the date of the wedding is decided on engagement. Before the main wedding day, there are a couple of rituals that are observed such as Mehendi, Sangeet and Haldi. Mehendi is mostly a North-Indian tradition where mehndi/ henna is applied on the bride’s and groom’s hands. Nowadays, this tradition of applying mehndi has been widely adopted by other cultures like Bengalis and South Indians as well. The Haldi ceremony is also a widespread ritual among almost all communities in India. Talking about the day of the wedding, Kanyadaan is a key step of a Hindu Marriage without which the marriage would not be considered complete. The father of the bride gives her away to the groom in a ceremony known as Kanyadaan. The groom accepts the bride’s hand, and they promise each other that they will remain faithful to each other. This is known as ‘Paanigrahan’. Next, the sacred fire is lit at the center of the wedding mandap where the couple makes seven circles around the Sacred Fire. ‘Saptapadi’ or the Seven Sacred Vows signify the seven vows or promises that the couple makes to each other.

Suggested Read: Things to consider while hiring a Wedding Photographer 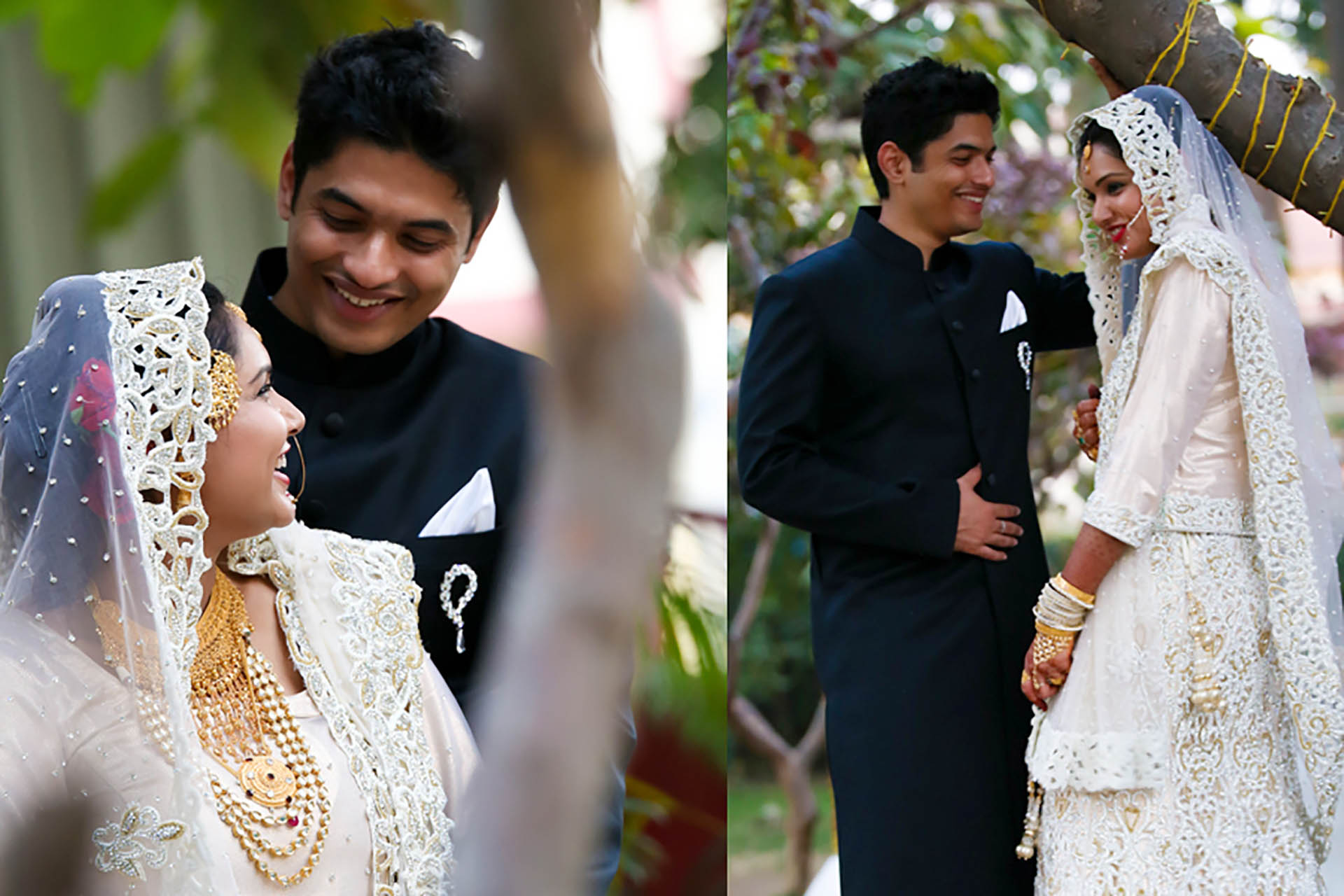 Many rituals and traditions at a Muslim wedding are similar to a Hindu wedding, but they have different names and vary slightly. The pre-wedding rituals start with mangni, which is also the engagement ceremony where the bride and groom exchange rings. Then comes the Manjha ceremony, which is quite similar to the Haldi ceremony. The bride wears yellow and is smeared with turmeric paste which is given by the groom’s family. A day or two before the nikah, the Mehandi ceremony takes place. Like mehndi, a lot of singing and dancing takes place during Manjha. The bride’s feet and hands are adorned with Mehandi or henna. ‘Sanchaq’ is where the groom’s family sends the dress and jewellery and many more gifts to the bride. Nikaah is the main wedding ceremony. Before the bride and the groom can see each other, a Mehr (gifts or money) is given to the bride by the groom. Then the couple agrees to be married by saying ‘qubool hai’ three times each. 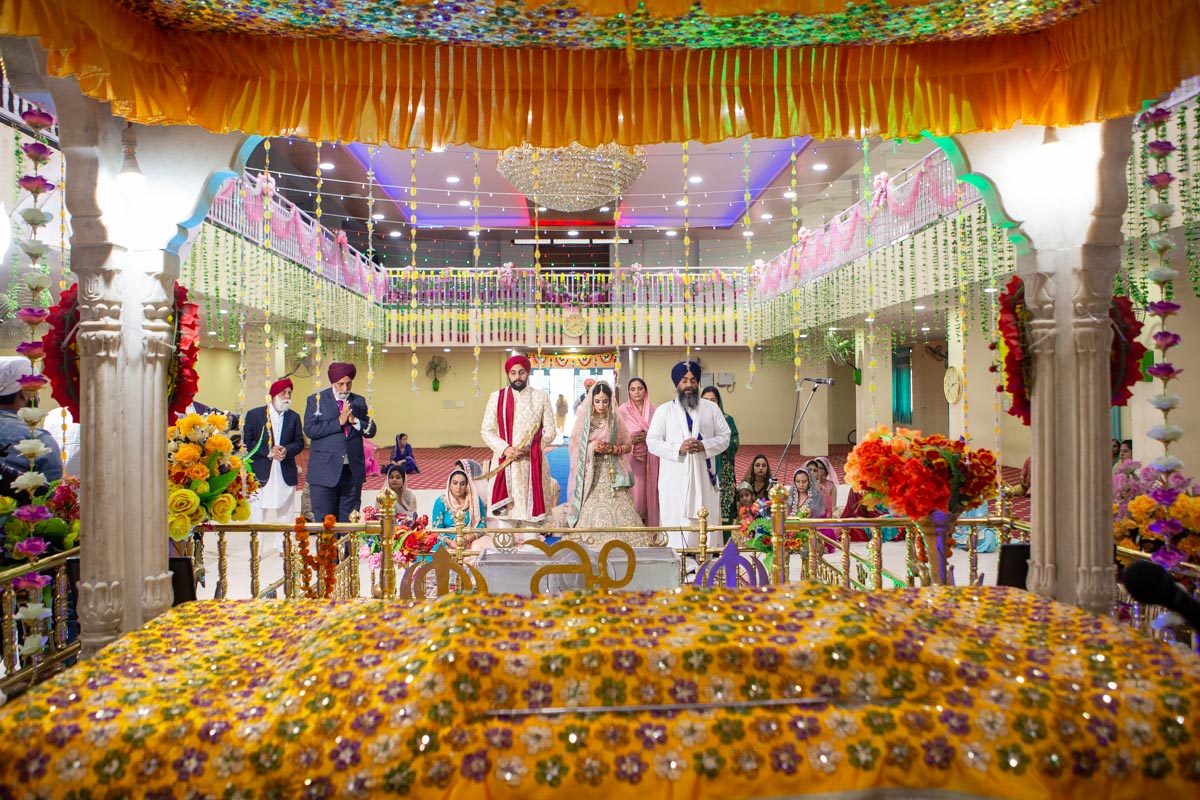 Sikh Weddings are popularly known as Anand Karaj, which translates to ‘blissful union’… The pre-wedding rituals start with Akhand paath in which the whole Guru Granth Sahib is read.  After this, the wedding date is fixed. After all these rituals, both families present each other with gifts. The bride and groom exchange rings in kurmali or engagement ceremony. Another essential ritual in a Sikh wedding is Chunni Chadai in which the groom’s mother symbolically covers the bride’s head with a chunni. In Sikh weddings, Mehndi and choora ceremonies are often done together. In the choora ceremony, the bride’s maternal uncle (mama) gifts the bride with a set of red and white bangles that are to be dipped in milk before presenting. Then golden ornaments called ‘Kalires’ are tied to the bangles. Identical to the Christian bouquet toss, it is often said that whichever bridesmaid the bride showers with her ‘Kalire’ will be the one who will get married next. Haldi ceremony is known as Vatna in a Sikh wedding. Then comes Gharoli, where holy water is brought from the Gurudwara in an earthen pot (gharoli). The bride and groom have to bathe with this water.

Just before the main wedding ceremony or Anand Karaj,  the bride’s family welcomes the groom as he reaches the wedding venue. This is also known as milni. They offer the groom gifts and garlands are also exchanged. Sikh Weddings usually take place at a gurudwara which starts with Ardas (a set of prayers). Then the bride and groom take rounds around their holy book, the Guru Granth Sahib as Laavan Pheras are chanted. These pheras are four prayers that seal the marriage. They exchange garlands and are then considered married.

Suggested Read: Special Moments to Capture on your Wedding Day 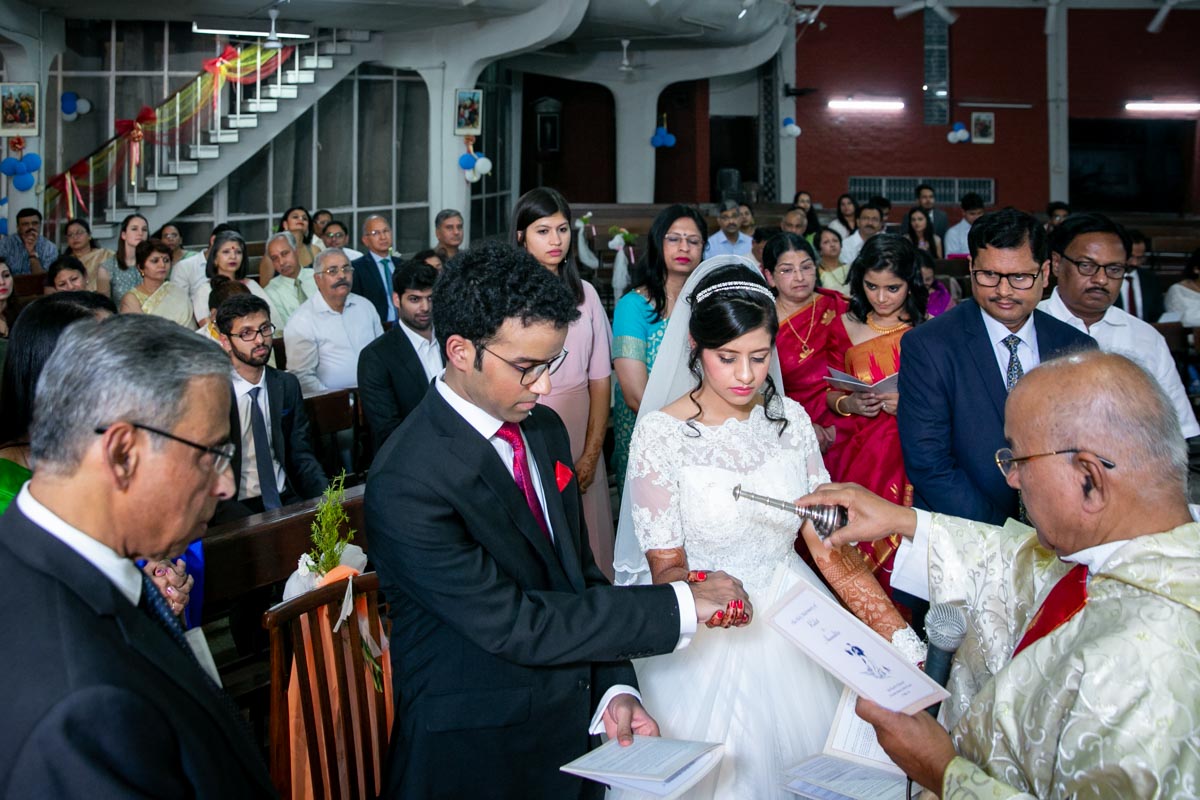 When one thinks of a Christian wedding, the image of a bride walking down the aisle with her best man and then uniting with the groom at the altar comes up in our minds. A Christian wedding does have all this, but before this, there are a lot of customs and traditions also which take place. First and foremost, comes the engagement. The Haldi ceremony follows this. Not many know that Sangeet is common in Christian weddings as part of pre-wedding rituals. Then comes the bridal shower where the bride is showered with gifts, advice, and lots of fun by her friends and close family members before she gets married. Bachelor party is where the groom too has fun with his friends before he is officially married. In Christian weddings, the reception is heavily anticipated by everyone. All these ceremonies might have different names and rituals, but there is a lot of masti and naach-gaana in all of these.

Suggested  Read: Why you need a candid wedding photographer? 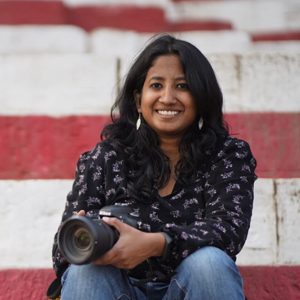 Kajol Rustagi is a passionate photographer based in New Delhi. After graduating in Law, her passion for photography and storytelling made her transition into the field of journalism. Besides photography, she loves travelling, reading poetry and binge watch short films/ads. 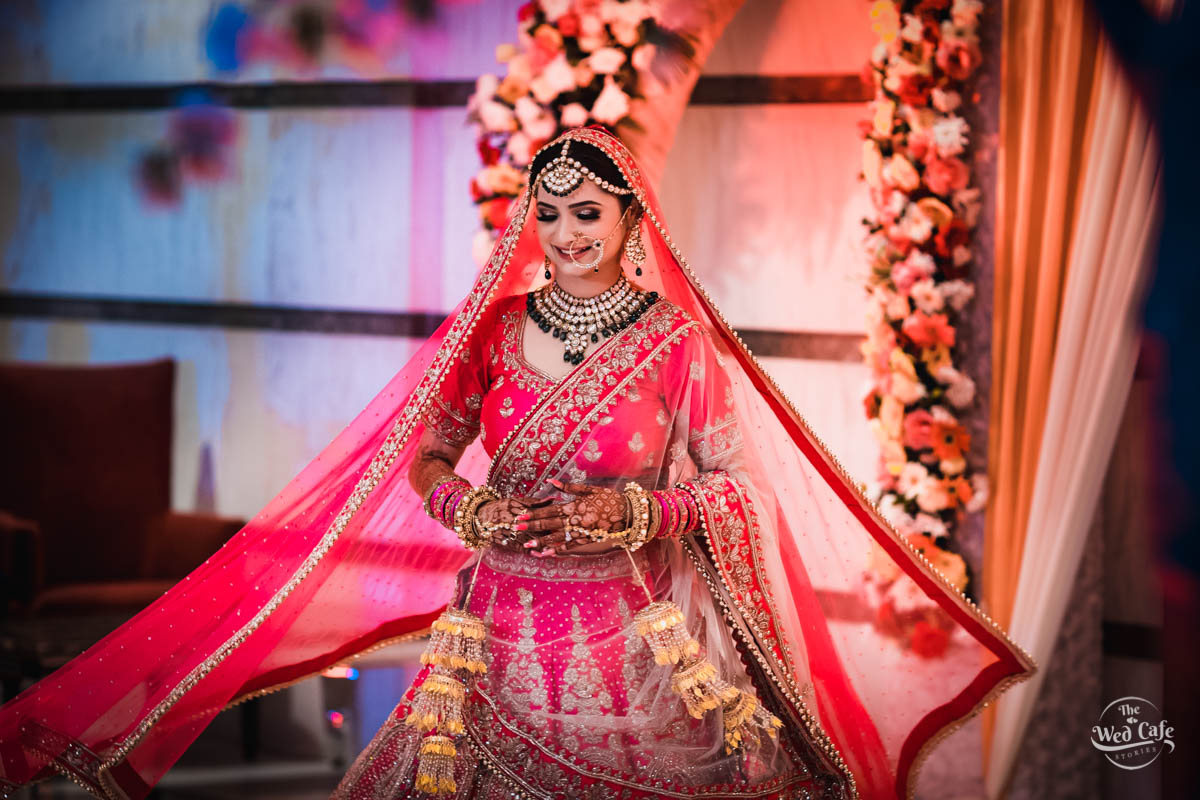 10 Wedding Lehenga Trends You Need to Know in 2022 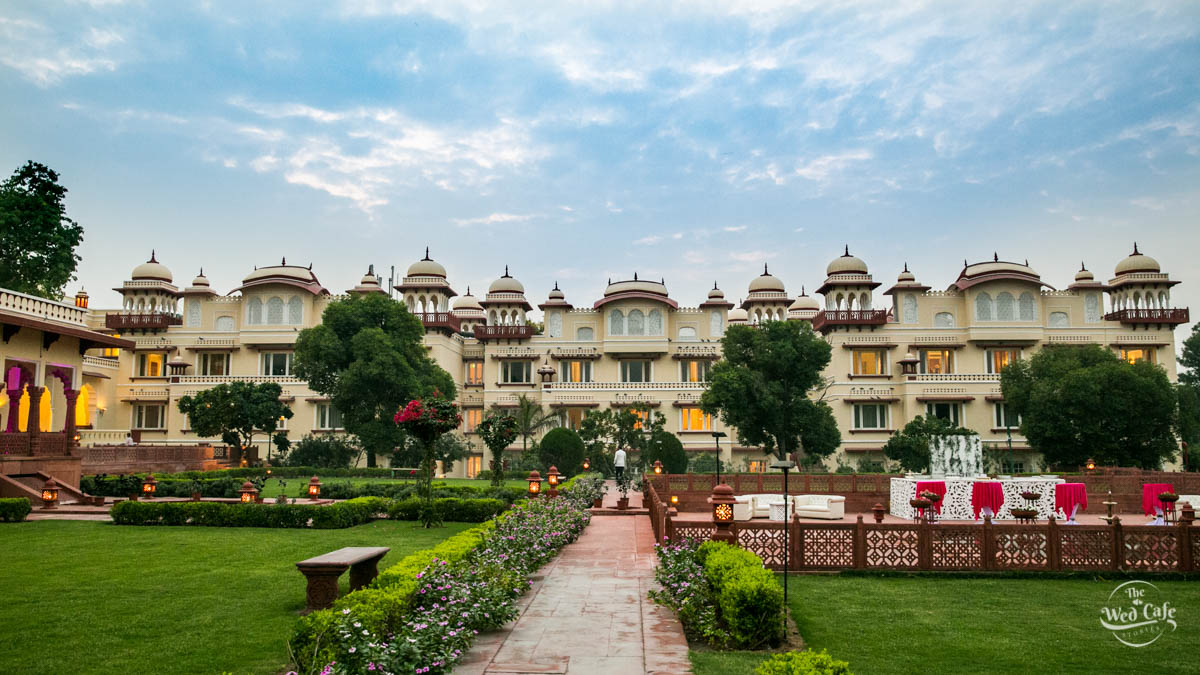 How To Choose the Top 10 pre-wedding shoot locations in India? 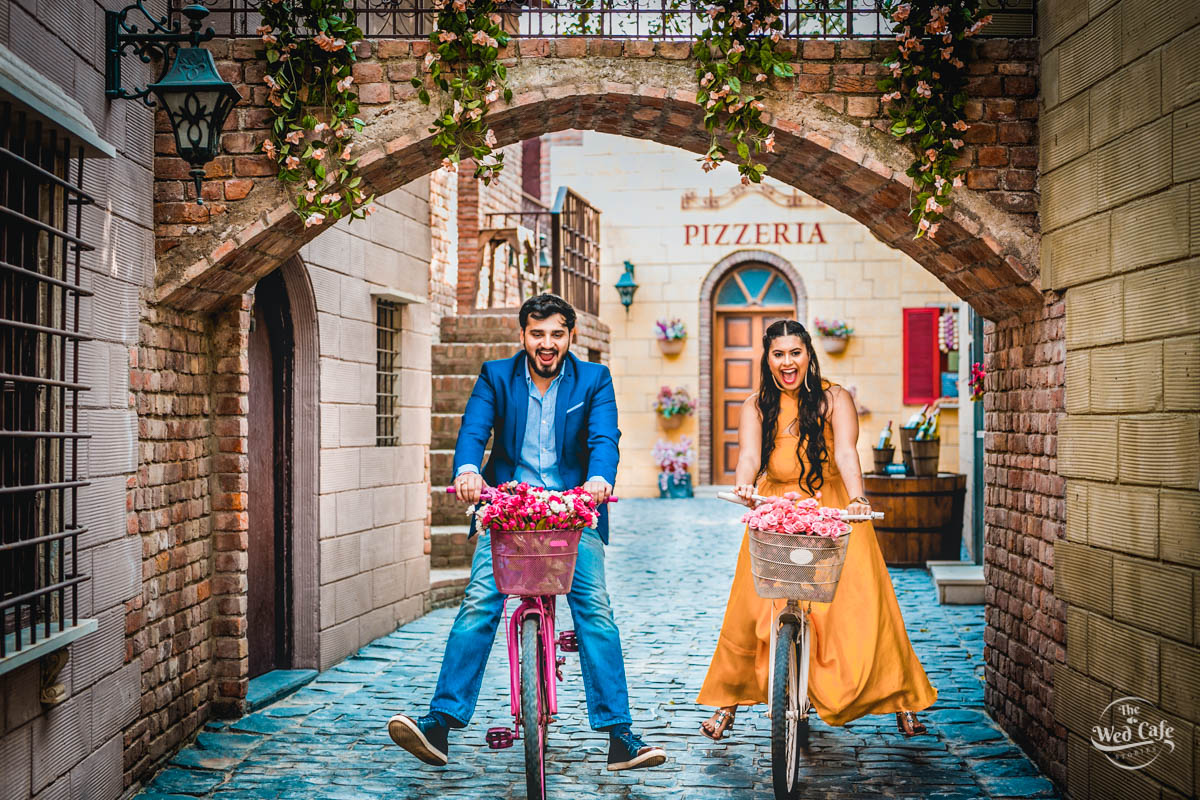 10 Pre Wedding Shoot Locations In Delhi At A Glance 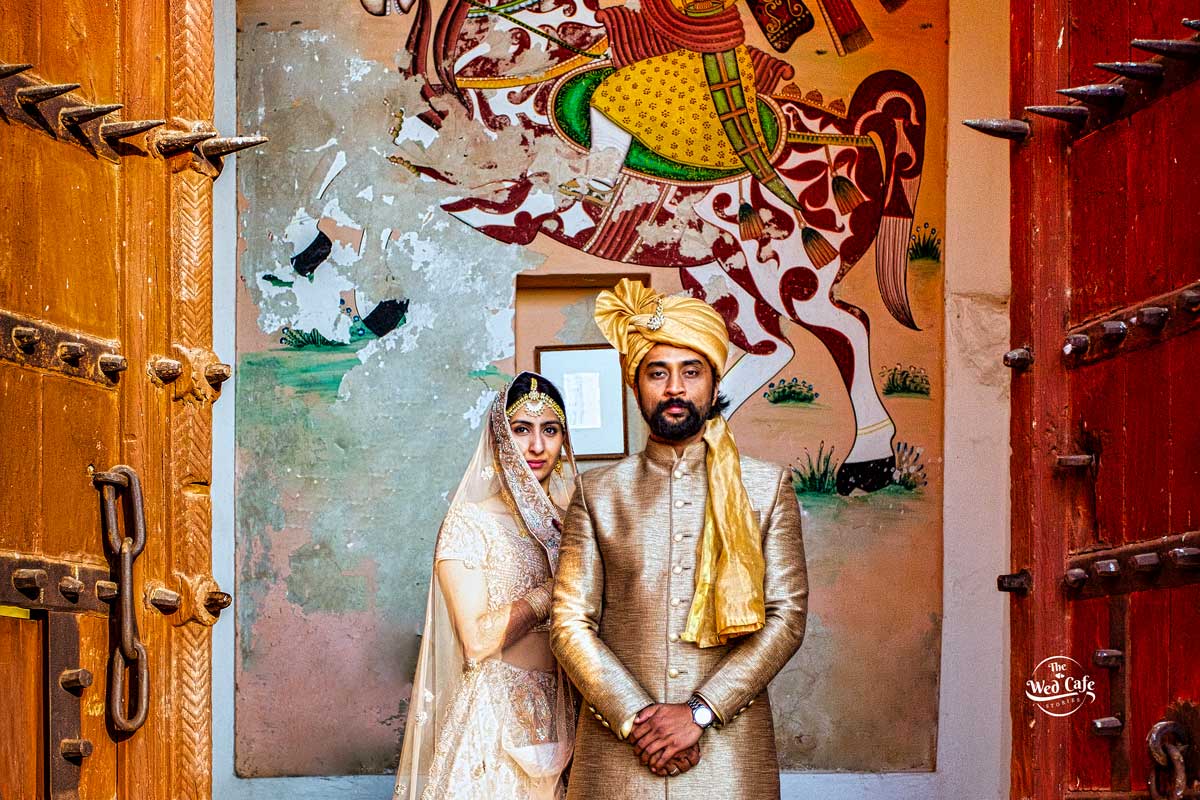 17 Gorgeous Couple Poses To Bookmark For Your Wedding Album 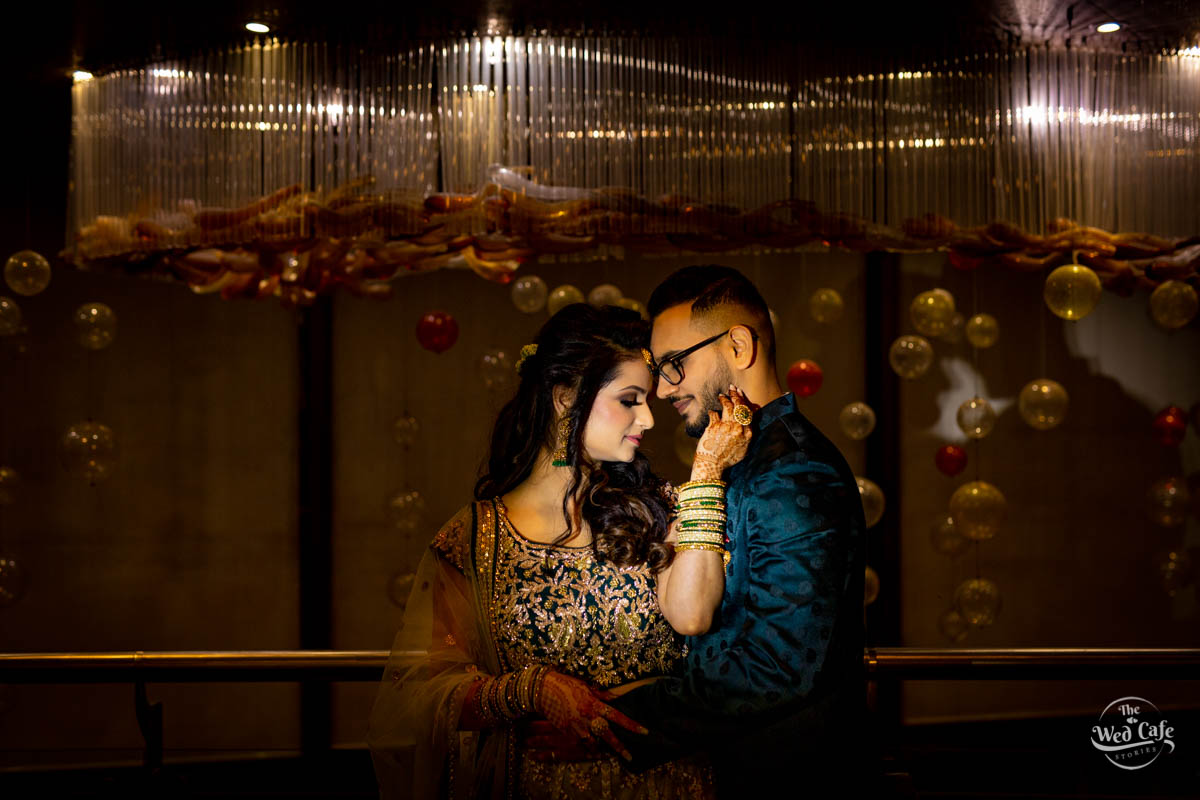 How to Plan your Intimate Wedding During Covid19 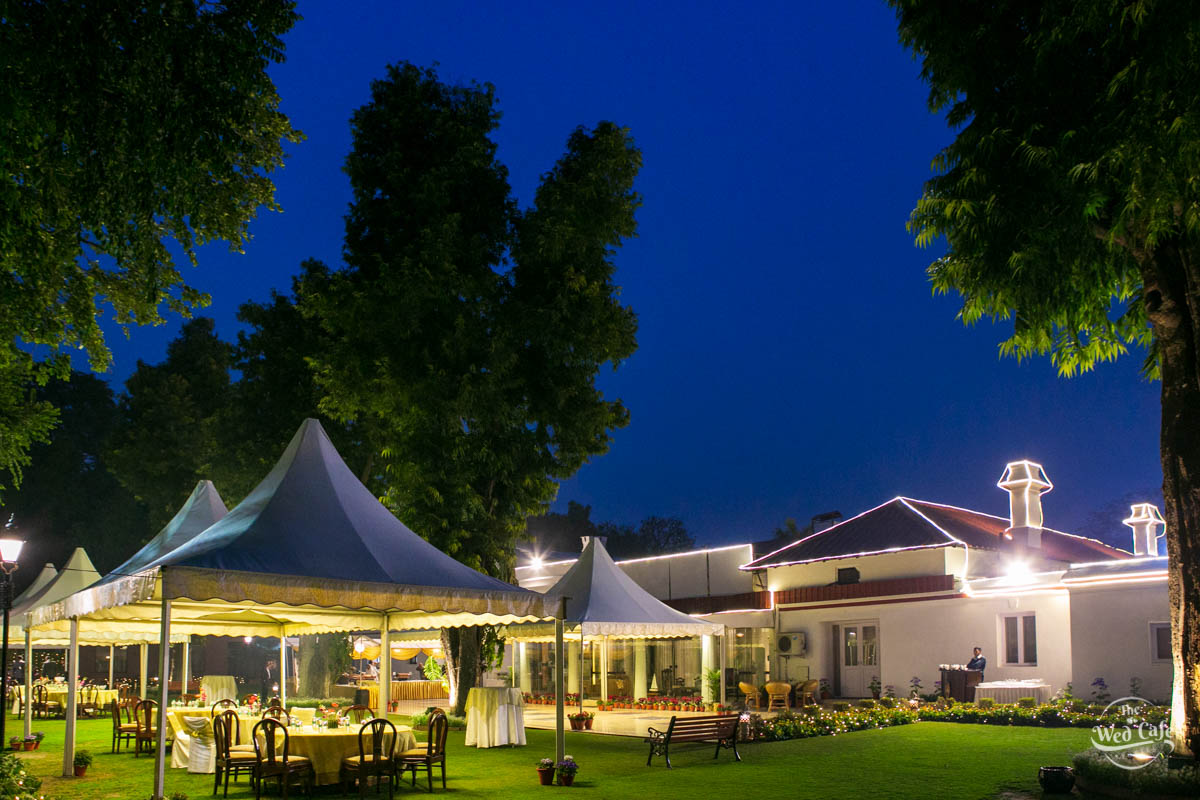 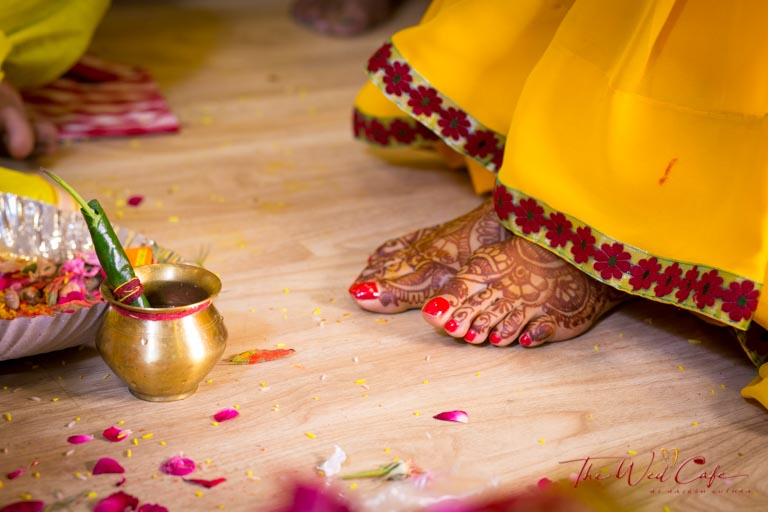 Weddings during Corona Virus Pandemic: How to Plan, Adjust & Manage 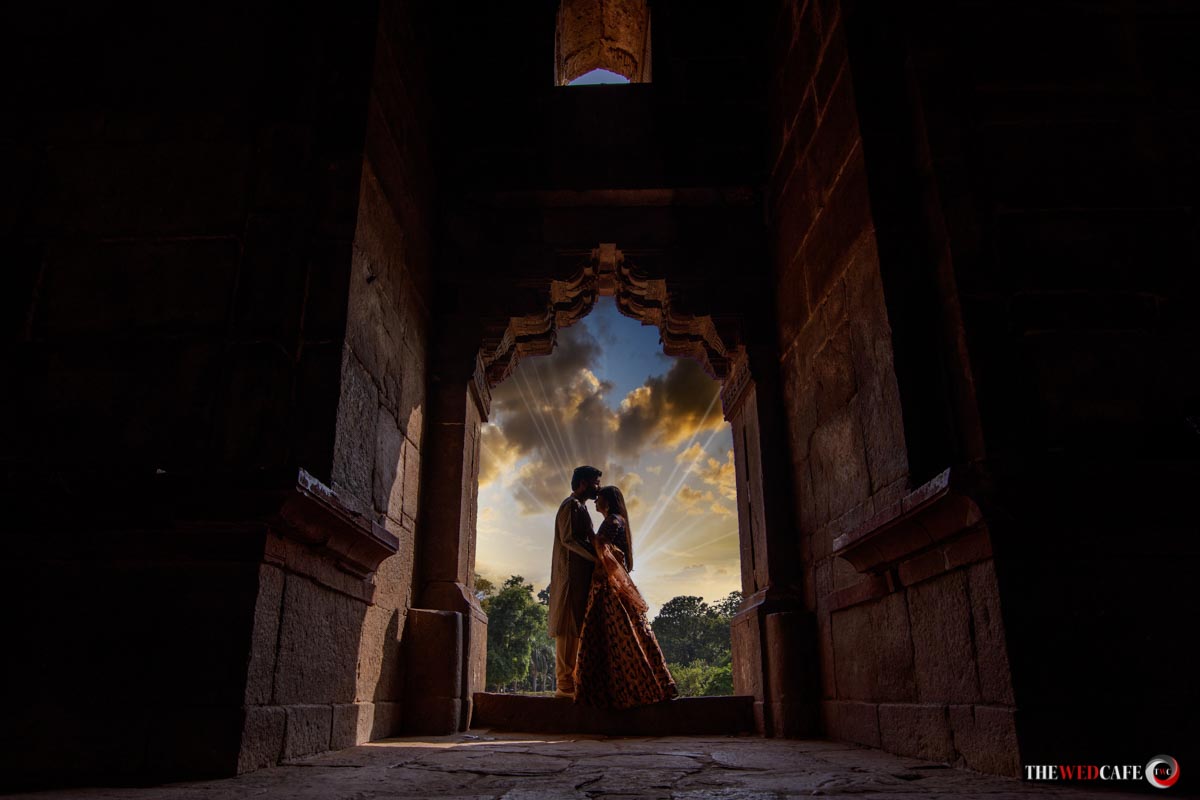 At “The Wed Cafe“, we understand the importance of your wedding day and all the sentiments attached to it
Read More

Thank you for contacting The Wed Cafe Team! Please let us know how we can help you?